← more from
Ruination Record Co.
Get fresh music recommendations delivered to your inbox every Friday.

The Cherries Are Speaking 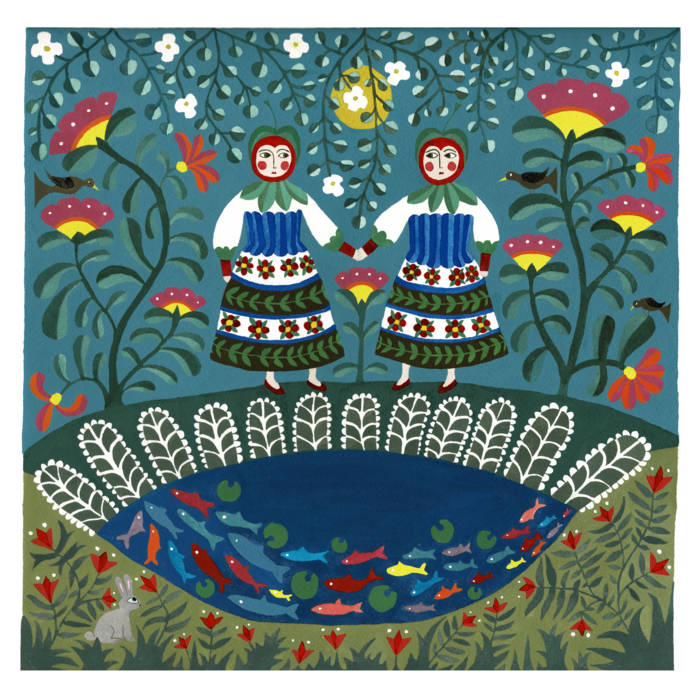 The Cherries Are Speaking—the sixth album released by Brooklyn singer-songwriter Dan Knishkowy as Adeline Hotel—begins and ends with lyrics from his previous two records, respectively. “Holy visions” surfaced first on the mournful acoustic ballad “Ordinary Things,” a rare, stripped-down moment on his folk-rock opus Solid Love from last May. “Good timing,” in turn, is the eponymous lyric from the critically acclaimed followup, released in March of this year—and one of its only lyrics, too, since the record is largely a suite of layered acoustic guitars.

The original context for these phrases hint at the fresh musical and lyrical ground Knishkowy covers on The Cherries Are Speaking, an interconnected series of miniature baroque pop songs and, quietly, his most ambitious work to date. In the skeleton of its arrangements, the album expounds upon “Ordinary Things”’ minimalism, eschewing the intricate guitar counterpoint of his previous work in favor of piano lines inspired by the breezy melodies of Ethiopian jazz. The playing is often supported by just bass and drums, before pastoral wind and string orchestrations creep in—a breathtaking leap forward for Knishkowy as an arranger—informed at turns by Judee Sill’s neo-classicism and the mystic woodwinds of ‘80s Van Morrison.

On Cherries, Knishkowy creates full mise en scènes within verses, folding autobiographical moments of meditative self-evaluation into imagery from Italo Calvino’s 1957 novel The Baron in the Trees—most importantly, the titular anthropomorphic cherries. The book centers around a boy who makes the decision to live in the trees and engage in a selective relationship with the world around him. Knishkowy found resonances between the character’s self-imposed, imperfect notion of “freedom” and his own unsettled definition of the concept.

“The fundamental question of Cherries is what it means to be apart from the world, but still a part of it,” Knishkowy explains.

The Groundhog’s-Day-like experience of life in relative isolation feels built into the form of the album, too, with each song beginning like another morning breaking in a week without days. If there was a certain pandemic-era irony to the phrase “good timing” before, Cherries instead explores a more sincere reading. The recurrence of the titular line on “We Go Outside,” brings a break in musical tone, like a breath of fresh air after too many neurotic hours in the apartment (“It was all I could stand of myself / we go outside” followed by “we go outside / good timing”).

The Cherries Are Speaking’s recapitulations of and daring shifts away from Knishkowy’s previous work feed into its musical and thematic depth, which speaks far beyond the real-world context of its writing. The album is a bold but unforced gesture from an artist whose creative lifeblood is the sense of constantly pushing forward, creating new links in a daisy chain of a discography which seems to compound upon itself in significance with each new entry.

Bandcamp Daily  your guide to the world of Bandcamp